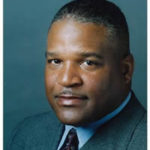 Deron Cherry is a Kansas City businessman and former NFL star. Deron is president of United Beverage Company, an Anheuser-Busch distributor in Kansas City. He also currently serves as a commissioner for the Jackson County Sports Authority and was a minority owner for the NFL’s Jacksonville Jaguars football team. A six-time All-Pro safety, Deron is considered one of the best players in Kansas City Chiefs history. He was named to the All NFL Decade Team in the 1980s and is a member of the Kansas City Chiefs Hall of Fame. Known for his bone-jarring tackles, his 50 career interceptions rank third in club history. In 1988, he received the NFL Players Association’s highest honor, The Byron White Humanitarian Award, for service to his team, community and country. Deron graduated from Rutgers University with a Bachelor of Science degree in Biology. He is the founder of Score 1 for Health, a program that provides health screenings for more than 13,000 children in the Kansas City metropolitan area. He has also served as a spokesperson and fundraiser for several non-profit organizations. Previously, Deron served as co-chairman of Kansas City’s Jazz District Redevelopment Corporation and on the Kansas City Liquor Advisory Committee.